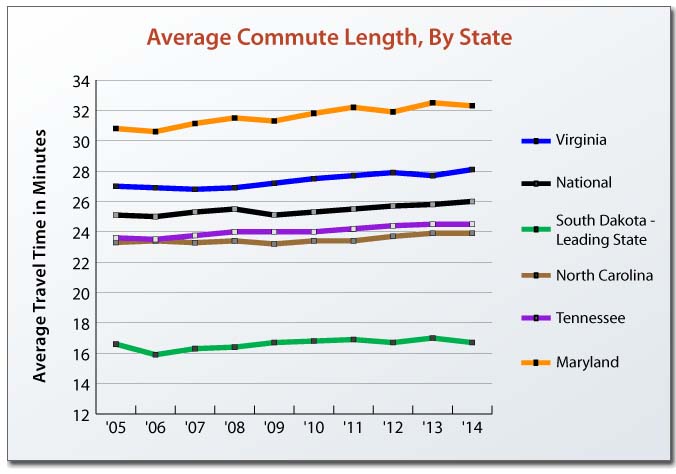 64 percent of buyers bought their home in part because it was convenient to their job; this was so important that 23 percent of those buyers said they compromised on the price of their home to be physically closer to work, making more time for the other important things in their life, such as spending time with friends and family.

Virginia’s average commute time to work in 2014 was 28.1 minutes, a modest increase over 2013 and the seventh highest in the nation. While considerably higher than North Carolina (23.9 minutes) and Tennessee (24.5 minutes), this average is lower than Maryland’s 32.3 minutes.

By National Association of Realtors.

For ADA assistance, please email compliance@placester.com. If you experience difficulty in accessing any part of this website, email us.

Sign Up
Already a User? Sign In
You have been successfully registered
Please check your email.
Go to the homepage
Sorry something went wrong
Please try again.
Try again

Change password
Your password has been successfully reseted.
Go to the homepage
Sorry something went wrong
Please try again.
Try again
Already a User? Sign In

In order to log in to your account, you need to confirm your email address. Please check your inbox!
Go to the homepage